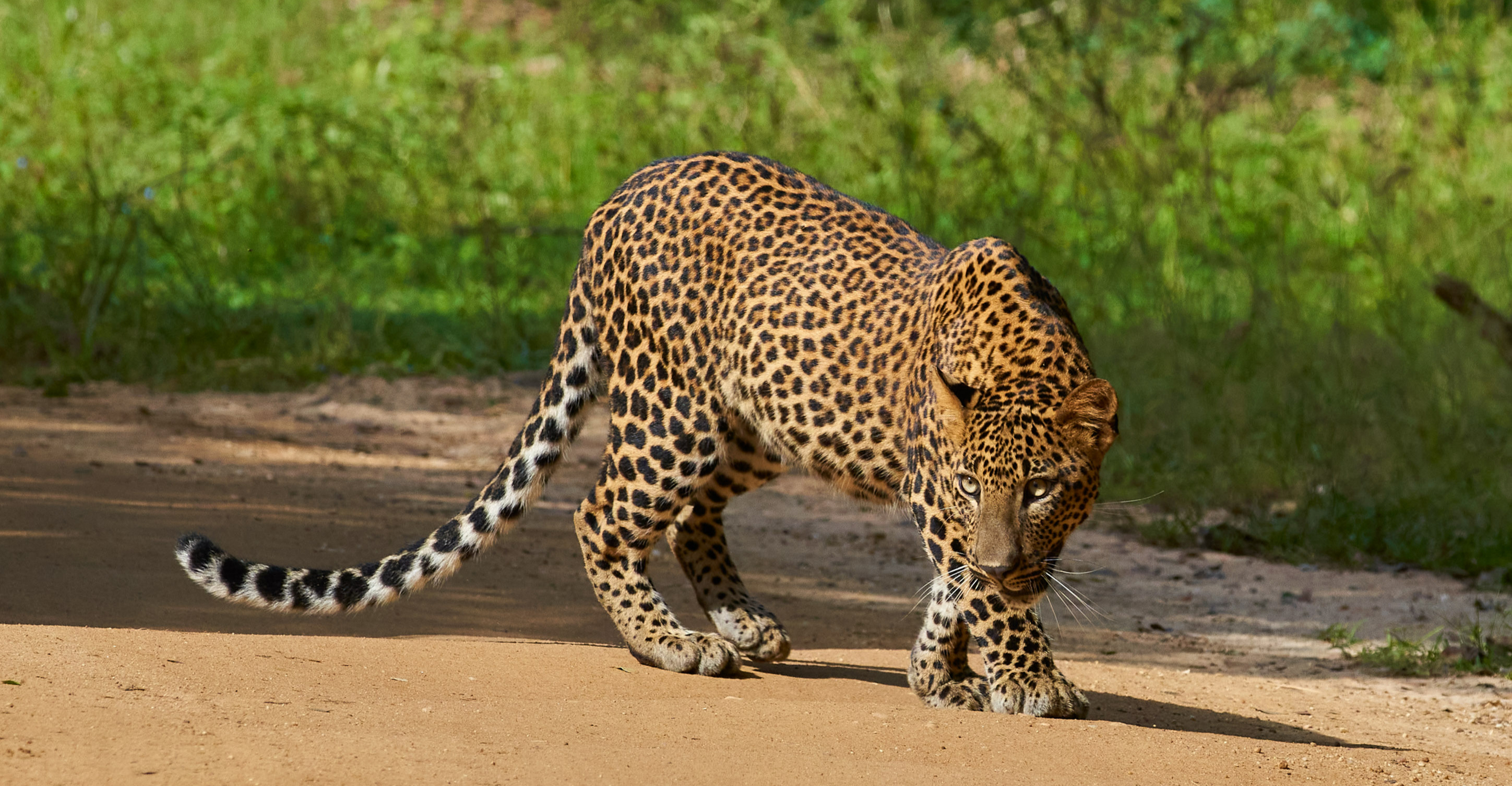 Upon arrival at the airport, you will be met by our courteous English-speaking Chauffeur Guide and transferred to a hotel in Colombo.

Cosmopolitan Colombo is Sri Lanka’s commercial capital and administrative hub. It is a suave, accepting, and tourist friendly metropolis – a perfect base for finding your feet in the island.

Relax and acclimatize in the comforts of your chic city hotel. Enjoy a welcoming dinner and lay down your travel weary heads for an early night’s sleep.

After breakfast leave for the historic rock fortress of Sigiriya.

Sigiriya is Sri Lanka’s legendary ‘fortress in the clouds,’ built by King Kashyapa I during the 5th Century CE. This iconic site holds the remains of an upper palace located on top of the 200m rusty-red gneiss outcrop; and a mid-level patio that includes the ‘Lion Gate,’ the sultry frescoed ‘Sigiriya Damsels’ and the ‘Mirror Wall’ inscribed with impromptu poetry, composed by countless awe struck visitors, local and foreign. The earthworks, water garden, and parks of the palace extend a few hundred metres from the base of the rock, which is testimony to the prosperous, well planned citadel that existed during the zenith of this short-lived medieval capital of Sri Lanka.

Thereafter proceed to the equally impressive historic city of Polonnaruwa. Enjoy a tour of the ancient capital before checking in to your hotel for the night.

Polonnaruwa, is one of Sri Lanka’s most distinguished capital cities which was established in the 11th Century CE. At the height of its glory, it was a colossal and magnificent city consisting of marvelous palaces, sprawling Buddhist temples, colorful Hindu shrines, stunning works of art including stone carvings and sculptures and an impressive irrigation system complete with expansive reservoirs and a labyrinth of canals that provided the much needed irrigation to its prosperous agrarian economy. Polonnaruwa is now a UNESCO World Heritage Site, visited by many.

Overnight at a Hotel in Polonnaruwa.

After breakfast visit the Minneriya or Kaudulla National Parks (depending on where the larger elephant congregation is). The two parks are located adjacent to each other, divided by the ‘elephant corridor’; a strip of wilderness frequented often by the gentle giants.

The Minneriya National Park consists of a large, 3rd Century centrepiece tank and a good collection of wildlife inhabitants including 24 varieties of mammals, 160 species of birds, 9 species of amphibians, 25 species of reptiles, 26 species of fish, and 75 species of butterflies. The elephants however, steal the show here.

During June to September each year, large herds of Asian elephants congregate at the historic man-made reservoirs of Minneriya and Kaudualla, when the rivers and streams elsewhere dry up. This annual spectacle is dubbed the ‘The Gathering’ and is believed to be one of the largest gatherings of Asian elephants in the world. It is probably the most significant annual social event in the calendar of these gregarious pachyderms, who mingle and socialise with newfound friends, exchanging pleasantries; whilst enjoying a drink of fresh water and grazing on juicy grass morsels.

Proceed to Habarana after your exciting safari adventure. Overnight at a hotel in Habarana.

Visit the resplendent Golden Cave Temple of Dambulla, a declared UNESCO World Heritage Site. It is the largest and best-preserved historic cave temple in Sri Lanka, adorned with breathtaking murals occupying a 2100m2 area of the cave walls, and many statues depicting the Buddha, deities, and kings.

A few kilometers away is the prehistoric Ibbankatuwa Burial Grounds (700-400 BCE) belonging to the megalithic prehistoric and protohistoric periods of Sri Lanka.

Kandy is Sri Lanka’s second largest city; steeped in fascinating history, rich culture, tradition, and heritage. This beguiling UNESCO World Heritage City is home to the Dalada Maligawa (Temple of the Tooth), which houses the enshrined sacred tooth relic of the Buddha, within its inner most chambers. The sacred temple is visited daily by large numbers of devout Buddhists.

Overnight at a hotel in Kandy.

After breakfast leave on an excursion to the Udawattekele Forest Reserve.

In the heart of the heritage city of Kandy lies the Udawattekale Forest Reserve. This rich ecosystem is dominated by towering trees and other dense vegetation, providing a gorgeous emerald-green backdrop to the iconic city. It boasts of vibrant birdlife, elusive reptiles, queer amphibians, and several mammal species. The reserve holds historic significance too, as it was once a pleasure garden exclusively reserved for the use of Kandyan royalty.

Overnight at a hotel in Kandy

Horton Plains is located 7000 feet above sea level and consists of a unique eco system rich with fauna, waterfalls, and tangled cloud forest vegetation. The sceneries that present themselves at Horton Plains are breathtaking and the weather fickle and unpredictable.

Visit the stunning escarpment of World’s End that plunges a vertigo inducing 880m, and the charming Baker’s Falls cascade, situated within the confines of the park. Encounter fascinating wildlife while trekking through the national park.

Mammals such as Sri Lankan sambar deer, purple faced langur, toque macaque, slender loris, rusty-spotted cat, grizzled squirrel and stripe-necked mongoose are commonly found in the park, along with many amphibian, reptile, and fish species. Horton Plains is a birding paradise too – it is home to 21 endemic bird species and hosts many winter migrants seasonally.

After breakfast proceed to Yala and check in to a selected hotel.

Spend the rest of the day at leisure. Overnight at the hotel in Yala.

Experience a thrilling and immersive wildlife safari. A memorable adventure of a lifetime for the avid wildlife and nature enthusiasts and a great opportunity for some sublime photo clicks.

Overnight at a hotel in Yala.

After breakfast proceed to Tangalle.

Tangalle is a picturesque coastal town in the southern province of Sri Lanka,

endowed with a scenic natural bay, wide sandy beach and rocky coves fringed with towering coconut palms. It is a blissful beach destination many travellers enjoy.

Overnight at a hotel in Tangalle.

Leave early morning for Whale Watching in the sea, off Mirissa.

Mirissa is a charming coastal village and the unrivalled cetacean watching capital of Sri Lanka. Large pods of whales pass remarkably close to the shores of Mirissa during the migratory season between December to April. Mirissa’s alluring coastline and buoyant nightlife further enhances its touristy appeal.

Thereafter, leave for Negombo and check in to a cheerful resort hotel.

Negombo is a lively beach town on the west coast, located near the Bandaranaike International Airport. Its reasonable selection of restaurants, cafes, bars, pubs, modest nightlife, and friendly community contribute to a pleasant stay.

Enjoy a memorable dinner by the Negombo beach as you bring the curtain down on your exotic wildlife adventure in Sri Lanka.