Immerse in culture and pageantry 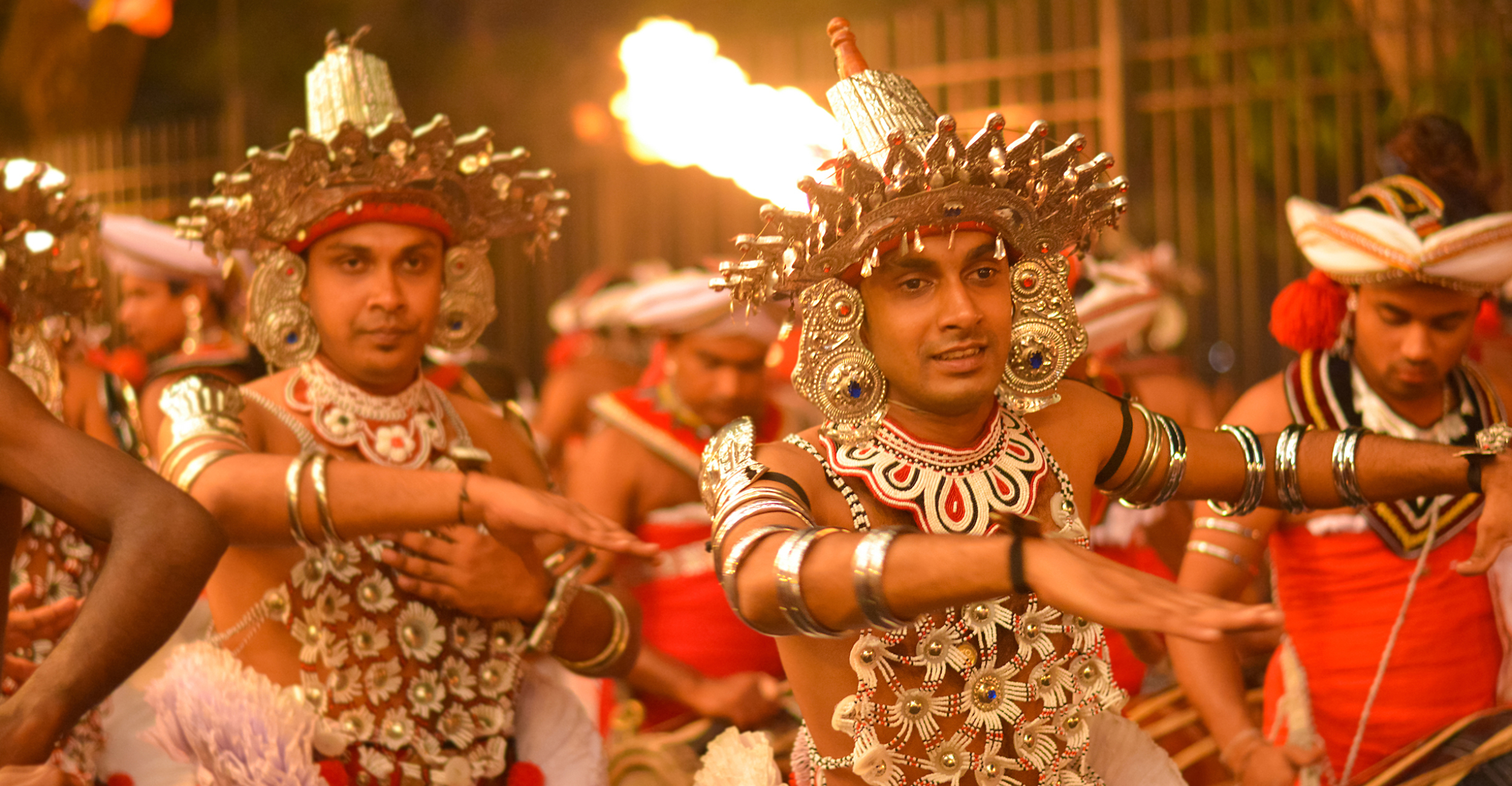 Immerse in culture and pageantry (EH-HC 02)

Upon arrival at the airport you will be met by our courteous English-speaking Chauffer Guide and transferred to a hotel in the west coast town of Negombo.

After breakfast, leave for the iconic heritage city of Kandy, nestling in the mist laden central hills of Sri Lanka. It is a quaint destination with a fascinating history, rich culture and breathtaking topography and is home to exquisite traditional art and craft.

En-route visit the Pinnawala Elephant Orphanage and Captive Breeding Centre. The Orphanage was established by the Department of Wildlife Conservation in 1975, to provide full time care for orphaned and injured elephant calves. Spend time observing and admiring the adorable gentle giants enjoying their meals or having their daily bath in the Ma Oya river.

In the evening, view Sri Lanka’s most spectacular cultural and religious pageant – the Esala Perahera, as the vibrant and colourful procession tours the streets of Kandy. The Esala Perahera, one of the world’s grandest religious pageants, tours the streets of Kandy in July/August each year to pay homage to the sacred Tooth Relic of Lord Buddha. This vibrant pageant features over one hundred elaborately caparisoned elephants led by the majestic ‘Maligawa Tusker’ who carries a replica of the sacred Tooth Relic in an ornate casket, closely followed by thousands of whip-crackers, drummers, and traditional dancers.

Overnight at a selected hotel in Kandy.

After breakfast leave for a city tour of Kandy, including a visit to the Temple of the Sacred Tooth Relic and Peradeniya Royal Botanical Gardens.

The Temple of the Tooth enshrines within its chambers one of the most revered sacred relics of the Buddha and is seen as a symbol of sovereignty and national identity of Sri Lankans. The Tooth Relic was retrieved from the Buddha’s funeral pyre and preserved in the ancient Kalinga Region of India. Later, in the 4th Century CE, it was brought to Sri Lanka for safekeeping, by Prince Dantha and his consort Princess Hemamala. The sacred relic was believed to have been discreetly hidden within the princess’s lustrous, elaborately styled hair, during this purposeful journey to Sri Lanka.

Overnight at the selected hotel in Kandy

Overnight at a selected hotel in Nuwara Eliya

After breakfast visit a tea garden and factory and learn how some of the finest tea in the world is made. Thereafter, leave for Tangalle.

The popular southern coast beach escape of Tangalle is endowed with a scenic natural bay, wide sandy beach and rocky coves fringed with towering coconut palms. Tangalle also provides a good base to explore places of interest in the surrounding hinterland, such as Mulkirigala Raja Maha Vihara, Hummanaya Blowhole, Kalametiya Bird Sanctuary, and the Turtle Hatchery in Rekawa.

Overnight at a selected hotel in Tangalle

Upon arriving in Colombo, our friendly Chauffeur Guide will take you on a leisurely paced city tour.

Spend the day at leisure. Relax in the hotel pool or rejuvenate your senses at the luxury spa.