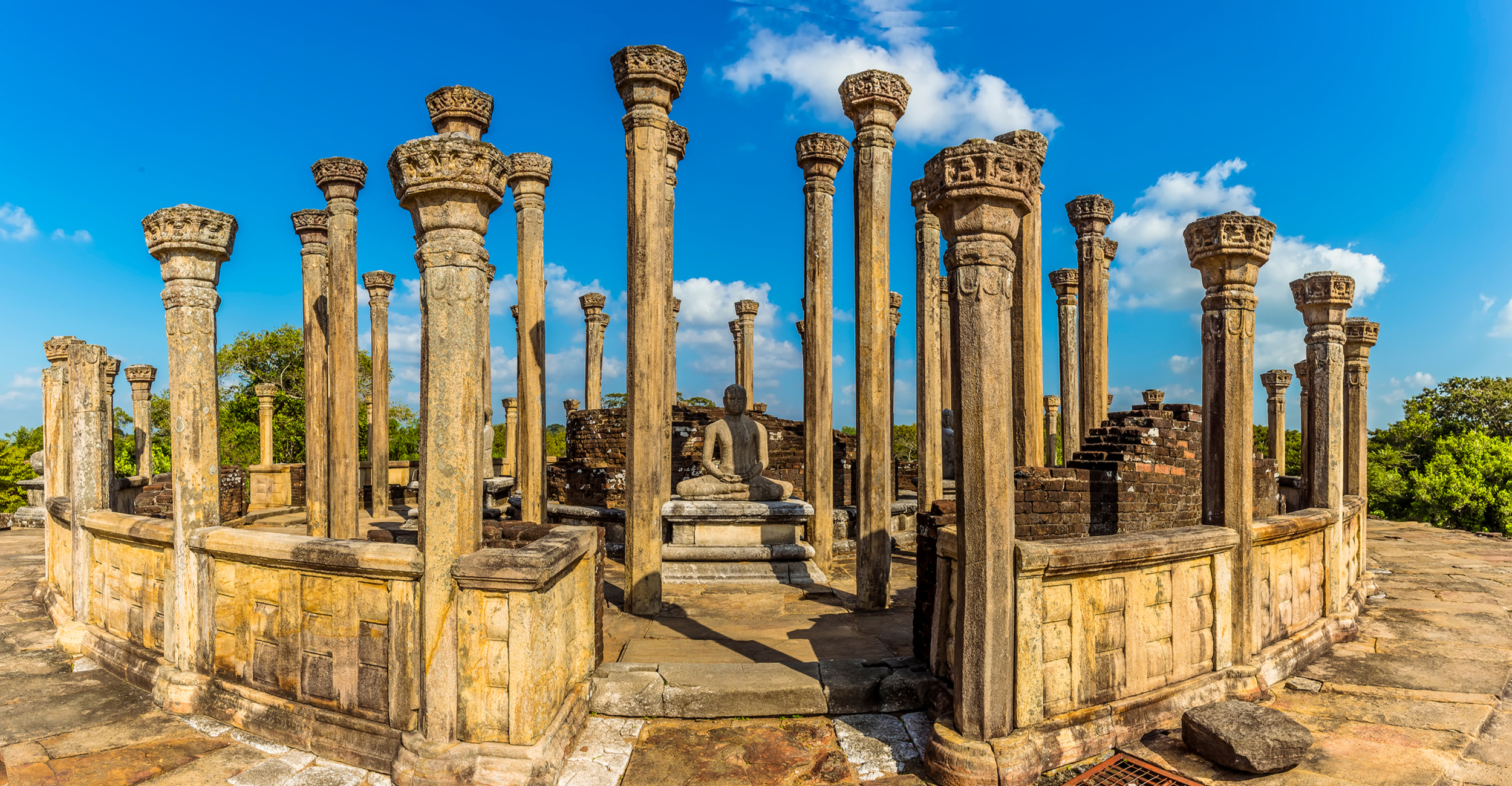 Sri Lanka is home to eight UNESCO World Heritage Sites and numerous other historic and monumental attractions.  The region dubbed the ‘Cultural Triangle,’ with its borders defined by the heritage cities of Kandy, Anuradhapura and Polonnaruwa, is the heartland of ancient Sri Lankan civilization. The City of Galle is a close contender with a rich heritage attributable to its colonial past.

Get a feel for Sri Lanka’s vibrant history by exploring these cities with their ancient palaces, courtyards, ponds, marvellous irrigation work, breathtaking sculptures and gigantic stupas enshrined with many sacred relics. Embark on an inspiring journey through time, as you wander in quiet contemplation through the mazes of ruins, monuments and ancient architectural and engineering marvels that stand testimony to a rich and prosperous civilization of yester year.

Anuradhapura, which served as Sri Lanka’s capital kingdom between 377BCE to 1017CE, was the glorious epicentre of the island’s ancient Buddhist culture and civilization. While touring Anuradhapura, visit the ‘Sri Maha Bodhi,’ the world’s  most revered tree, which originated from a sapling of the Bodhi tree under which Lord Buddha attained enlightenment in Bodhgaya India. Take a walk to the nearby site of the ancient monastic residence complex ‘Lowamaha Paya’ or ‘Brazen Palace,’ which as its name suggests, is said to have been a splendid nine storey edifice with a bronze roof and walls highly embellished with precious stones and corals. Although reduced to 1600 stone pillars today, this building, built by Sri Lanka’s eminent king Dutugemunu and later restored by king Parakramabahu the Great, is believed to have consisted of nearly one hundred chambers on each floor, intended for use by resident Buddhist monks. And as you step into the neatly paved stone terrace of the sacred Ruwanweliseya stupa complex, witness the quintessential form of ancient Buddhist architecture as well as the aura of spiritual devotion present even today.

The magnificent kingdom of Polonnaruwa was the island’s medieval capital from 1055 CE to 1236 CE, contributing considerably to Sri Lanka’s heritage of Buddhist art and architecture. Many marvellous temples, irrigation and water management systems, intricate carvings, exquisite sculptures and royal palaces were commissioned during its era of prosperity. The ‘Quadrangle’, undeniably the centrepiece of this ancient capital, with its brick dagoba, ornately decorated circular shrine (the Vatadage), the sculptures of four splendid Buddha statues and intricate moonstones, is a site not to be missed. Take a leisurely walk to Gal Vihara, which is home to four magnificent Buddha statues sculptured on a towering granite cliff, signifying the zenith of ancient Sri Lanka’s art of rock carving.

Climb the epic Lion Rock of Sigiriya, rising 200m above the surrounding plains, where the tyrant king Kashyapa 1 built his remarkable ‘royal palace in the clouds’ that served him as an impregnable fortress. Be mesmerised by its remarkable boulder, water and terraced gardens, complex hydraulic systems and the exquisite gallery of frescos featuring twenty one beautiful ‘Sigiriya Damsels,’ painted in a sheltered recess of the rock.

Kandy, Sri Lanka’s last independent kingdom from 1597 to 1815, was the historic bastion of the island’s native culture, traditions, religion, art and craft and pageantry. This iconic stronghold capital staunchly defeated invasions of the Portuguese and Dutch colonisers for centuries, while the other parts of the island fell, one after the other, until it too succumbed to the colonial British in 1815. 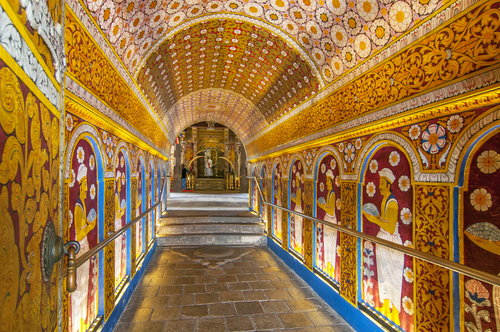 While in Kandy, visit the ‘Dalada Maligawa,’ housing the country’s most sacred Buddhist relic – the Tooth Relic of Gauthama Buddha.  This sacred site draws large crowds of devotees and pilgrims, from all over the country and other parts of the Buddhist world. The Esala Perahera, one of the world’s grandest religious pageants tours the streets of Kandy in July/August each year, to pay homage to the sacred Tooth Relic of Lord Buddha. This vibrant pageant features over a hundred elaborately caparisoned elephants led by the majestic ‘Maligawa Tusker’ who carries a replica of the relic in an ornate casket, closely followed by thousands of acrobats, fire dancers, whip-crackers, drummers and traditional dancers representing Kandyan as well as other Low Country dance forms; thereby showcasing many aspects of Sri Lankan culture through one event.The beguiling city of  Kandy’s is an year-round destination -it’s rich historic and cultural heritage, traditional arts and craft, colonial and Kandyan architecture, sprawling botanical gardens, lush woodlands, quaint hotels and alluring natural landscapes, warrant a trip to this grand city any time of the year.

The city of Galle in the south of Sri Lanka is famous for its UNESCO World Heritage Site, the Galle Fort, which the Portuguese built in 1588 and the Dutch later fortified in the 17th Century. The city is equally famed for numerous other landmark sites such as the Flag Rock, lighthouse, heritage mansions, museums and old administrative buildings. Cosmopolitan Galle, with its intriguing blend of perfectly preserved old world charm and effervescent modern appeal, beautiful beach landscapes, luxury accommodation, lively tourist centric ambience and colourful festivals, is one of the most popular travel destinations in Sri Lanka.