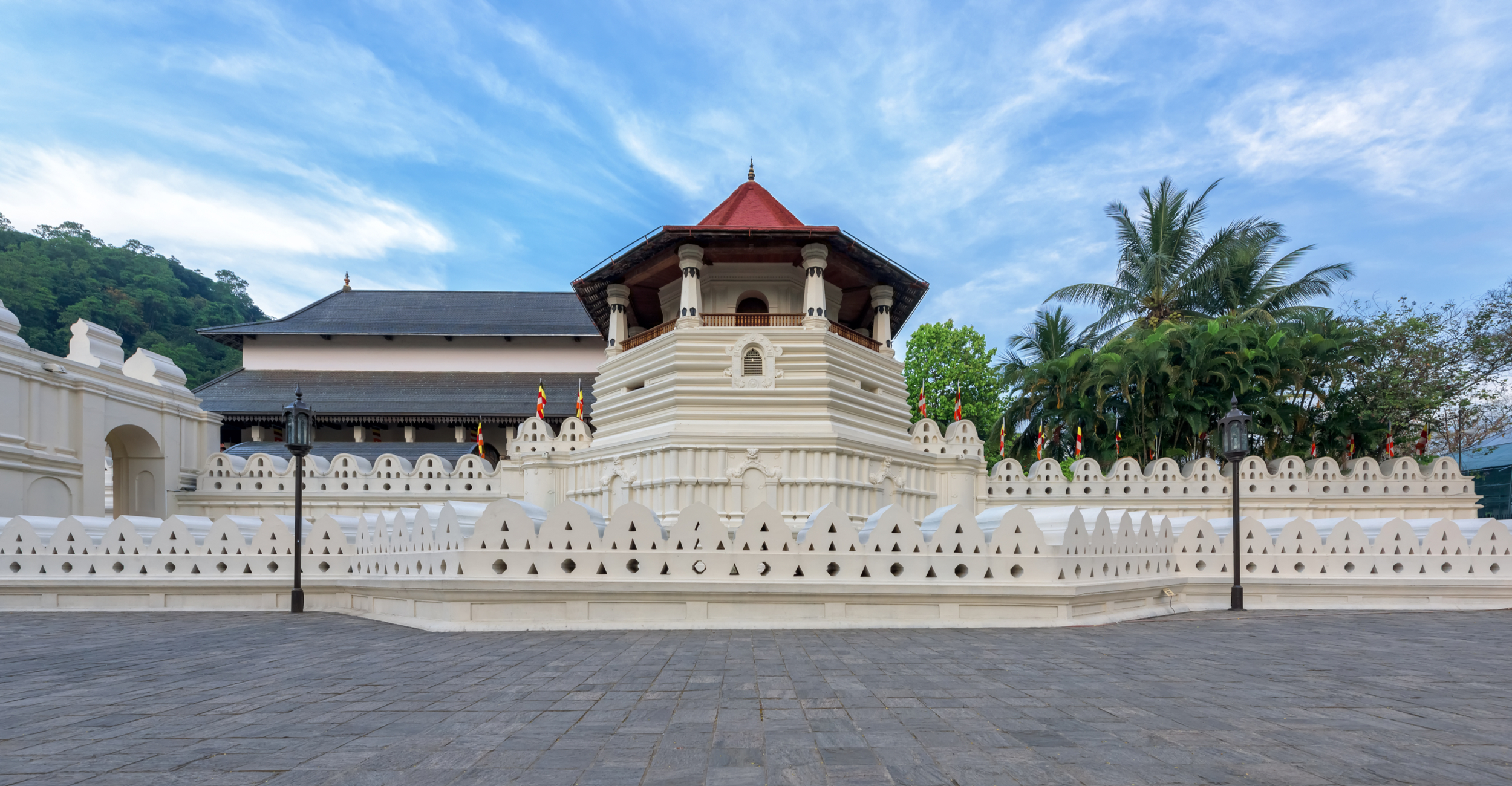 Nestling in the cool elevations of the central hills, present day Kandy is a cosmopolitan city with a rich heritage and history befitting the regal kingdom it once was. Kandy’s alluring topography features colonial era buildings, ancient edifices showcasing native Kandyan art and architecture, heritage mansions, sacred temples and shrines, a forest reserve that was once the pleasure garden of royalty, exotic botanical gardens, a historic centrepiece lake and a breathtaking emerald green mountainous backdrop, perpetually enveloped in delicate mist.

Kandy’s illustrious history too is noteworthy. The Kandyan monarchs ruled the Kingdom of Kandy from 1469 – 1815 CE. King Senasammata Vikramabahu (1469 – 1511), a royal from the Kingdom of Kotte, first established the kingdom when he led the secession of the ‘Kande-uda Pas Rata’ (five regions of the hill-country), a realm of the Kingdom of Kotte, during the reign of King Parakramabahu VI (1412 – 1467) and King Jayabahu II (1467 – 1472) who successively ruled Kotte. King Vikramabahu, who founded the Kingdom of Kandy, reigned for four decades, setting an example of longevity and stability for the new kingdom. Quite apart from selecting Kandy as his own kingdom, the first king of Kandy chose well for his successors and the Sri Lankan monarchy in general, as the distance from the coastal belt and other geographic features made it perilous for the colonial forces with occupational interests to reach the king and the capital in the hills. During the reign of King Vimaladharmasuriya I (1591 – 1604 CE) the Sacred Tooth Relic of the Buddha was brought to Kandy for safekeeping and as a mark of ‘right to ascend the throne.’

The Kingdom of Kandy continued to the times of King Sri Vikrama Rajasinha (1798 – 1815 CE). Protected by its remoteness and almost impenetrable densely forested hills, the monarchical Kandyan Kingdom vehemently defied the Portuguese and Dutch colonists for centuries, preserving Sri Lanka’s religious and cultural values and beliefs, until rule was handed over to the British in 1815 by way of the Kandyan Convention, signed between the Kandyan Chieftains and the British Officials at the time. Following the coup and signing of the treaty the last king of Sri Lanka, Sri Vikrama Rajasinha was deposed and exiled to India and British rule was established across the length and breadth of the country, ending Sri Lanka’s monarchical legacy of 2,358 years (543BCE to 1815 CE),  probably one of the longest recorded in the world.

Being Sri Lanka’s bastion of Sinhala Buddhist culture, Kandy is home to the country’s most sacred Buddhist relic – the Tooth Relic of Gauthama Buddha.  This sacred site draws large crowds of devotees and pilgrims, from all over the country and other parts of the Buddhist world. The Esala Perahera, one of the world’s grandest religious pageants tours the streets of Kandy in July/August each year, to pay homage to the scared Tooth Relic of Lord Buddha. This vibrant pageant features over hundred elaborately caparisoned elephants led by the majestic ‘Maligawa Tusker’ who carries a replica of the relic in an ornate casket, closely followed by thousands of whip-crackers, drummers, and traditional dancers.

Modern day Kandy is a densely populated and busy metropolis. Yet, its self-sufficient commercial hub, concentration of well ranking schools, public and private healthcare facilities, large shopping strips along busy thoroughfares, myriad opportunities available for sports and other recreational activities at the many clubs, playgrounds, parks, gardens and reserves as well as the easy pace of life, make it one of Sri Lanka’s most desired cities to live in. And as for those just visiting Kandy on their highland jaunt, the reasons to linger in this royal capital are endless – temperate climate, historic and cultural attractions, vibrant pageantry, scenic landscapes, lush plantations, exotic woodlands, beautiful gardens and quaint luxury hotels to name a few.

Temple of the Tooth Relic