Meander along the Madu River (EH-ES2) 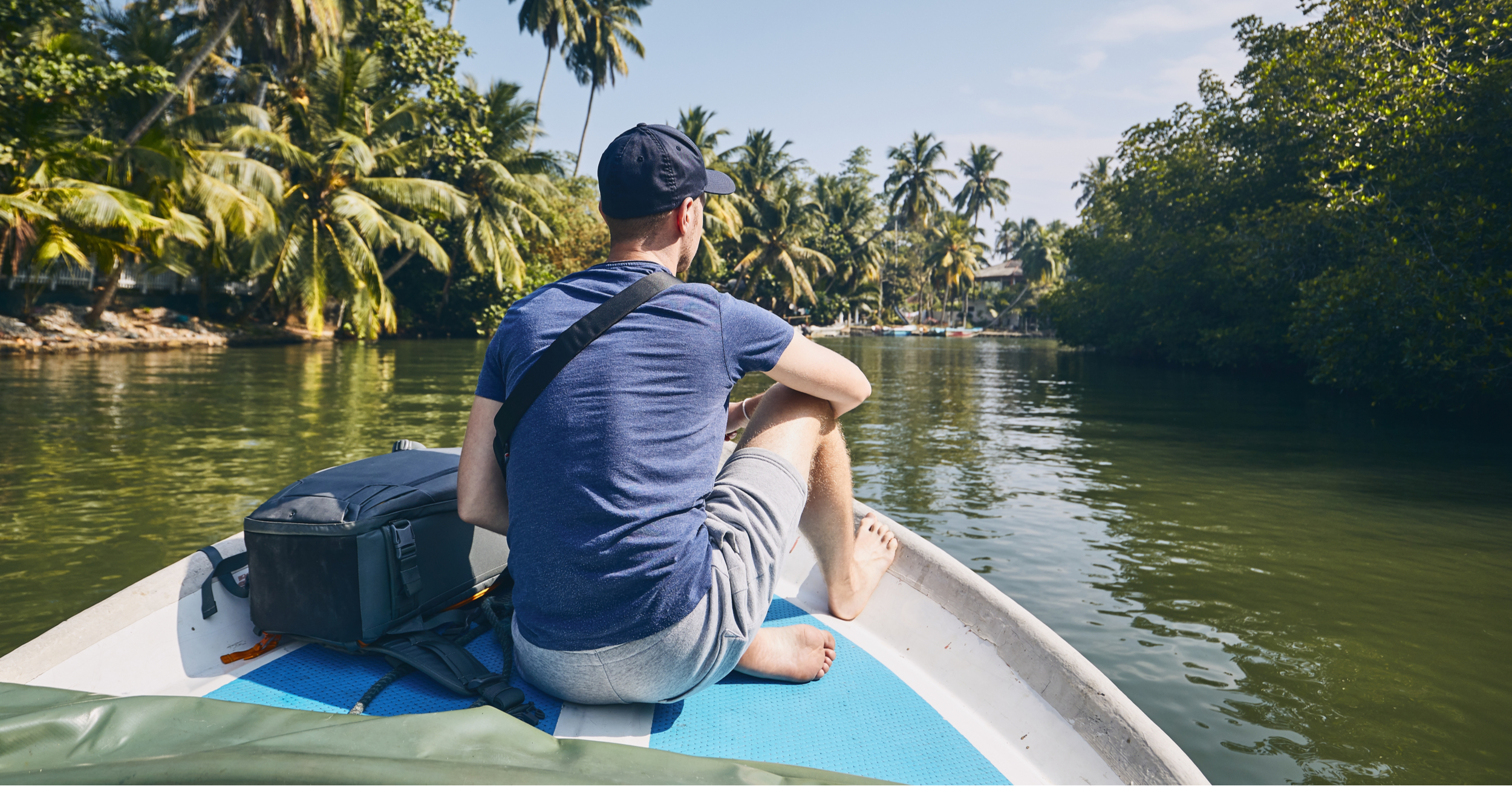 Meander along the Madu River (EH-ES2)

The Madu River is a captivating watercourse that originates near Uragasmanhandiya in the Southern District of Galle, widening at its most popular location in Balapitiya and meandering a further stretch of five kilometres until it flows into the vast Indian Ocean. The Madu river coastal wetland with its 248 species of vertebrate animals and many mangrove islets inhabited by 303 plant species constitute a complex and significant ecosystem.

Enjoy an early breakfast and head to Balapitiya.

This river safari begins at the mouth of the Madu River, in Balapitiya. The safari lasts about two hours and you have the opportunity of seeing a large wetland mangrove eco system. This beautiful stretch consists of twenty-two islands where you will witness people engaged in their daily livelihoods of fishing, cinnamon cultivation, and other village agriculture.

The boat will move below a canopy of trees, and you will encounter a unique proliferation of flora and fauna that is not found in other areas of the province. A myriad of birds, crocodiles and water monitors are commonly sighted in this rich eco system. Bird watchers should leave in the early hours of the morning, to ensure maximum sightings.

Another must see site is the Kothduwa Buddhist Temple with a long history and rich heritage. it is situated on the Kothduwa Island on the Madu River. The temple is believed to have once sheltered the Sacred Tooth Relic of the Buddha. The Bodhi tree on the island was planted from a sapling of the Jaya Sri Maha Bodhi, by a minister of King Parakramabahu the Great.

Return to your hotel after the excursion.