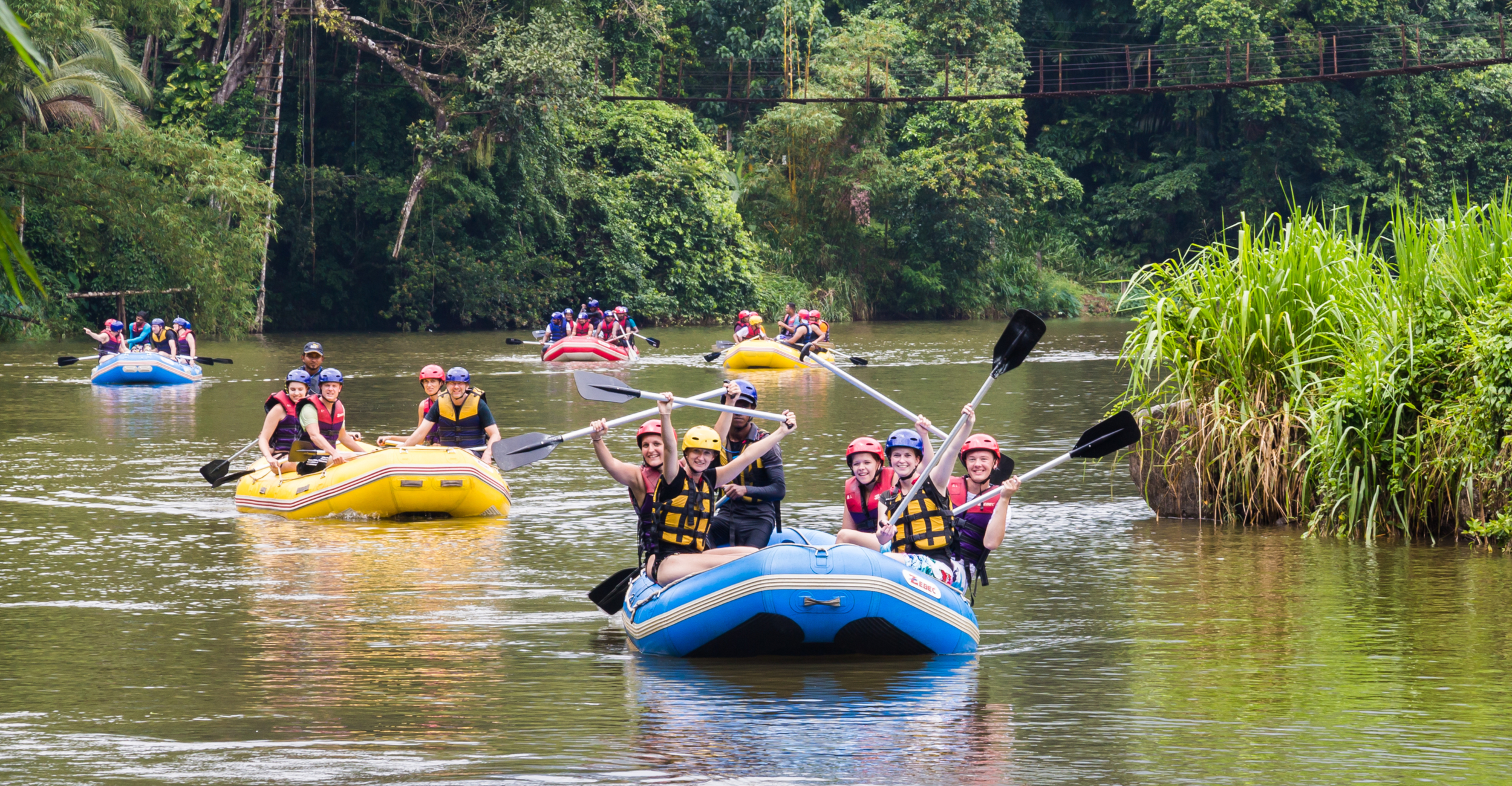 The small town of Kithulgala rose to international fame when David Lean filmed his 1957 Oscar winning epic Bridge on the River Kwai here, on the banks of the ravishing Kelani River. Kithulgala is landscaped with thick rainforest vegetation and wide banks fringing the swiftly flowing and boulder dotted Kelani River, providing ideal conditions for exhilarating rafting, trekking, and hiking adventures.

Apart from being  a world famous filming location, Kithugala is an immensely popular White-Water Rafting destination. A standard rafting excursion at Kithulgala will typically last two hours and will take you through seven Class II to III rapids in a seven-kilometre stretch. Experienced rafters can opt for Class IV to V rapids, following special arrangements.

Enjoy an early breakfast and leave for Kithulgala.

Upon arriving at the location, you will meet with the professional crew who will guide you through the White-Water Rafting adventure.

Thereafter, trek a few kilometres until you reach the Beli Lena Cave. This cave was named a prehistoric human dwelling dating back 32,000 years, following the discovery of ten skeletal human remains within its confines. It is also fascinating that the archaeologists discovered the ground sprawled with ancient sea shells despite the caves being 2000ft above sea level and 75km away from the closest beach.

Relax and rest after all the activity, enjoying a cup of tea at a nearby restaurant. Return to your hotel in the evening.